Jesus Knows Both The “What” And The “Where”

“Some time after this, Jesus crossed to the far shore of the Sea of Galilee (that is, the Sea of Tiberias), and a great crowd of people followed him because they saw the sign he had performed by healing the sick. Then Jesus went up on a mountainside and sat down with his disciples. The Jewish Passover Festival was near. When Jesus looked up and saw a great crowd coming toward him, he said to Philip, “Where shall we buy bread for these people to eat?”

As entrepreneurs, one of the things that drive us crazy is numbers. Right after you have had an idea, everything that follows is attached to some number/statistic. From market research to financial projections, you want to find out the exact number or may be a close approximation of the customers that make your particular market lucrative, the exact number of employees you need, or the exact amount of money you need to start your business. Sometimes these numbers can be really huge and daunting. I remember when I was doing market research, I met all kinds of numbers. Positive ones that make you sleep convinced that you will be a millionaire after just one year and negative ones that wake you up at 3 am.

Some numbers are actually disturbing. For example, 86% of Uganda’s population is Christian. Is that positive or negative? How are we to view these numbers with the levels of corruption in Uganda? Close to 40% of Uganda’s populations is below 30 years of age. Is that positive or negative? Is this a huge economic burden or a great economic factor – labor? Here’s another statistic, in Uganda, 50% of SME’s fail within the first year, and only 19% of businesses survive beyond their third year. What do you make of all these statistics?

Let’s explore two ways Jesus demonstrates to us he is Lord of numbers, and the responses he desires from us through the process of this discovery.

Now, if you are in Jesus’ shoes, do you look at these numbers and say, “My goodness, what have I put myself into, what am I going to do with these numbers?” Or do you see this as a God given opportunity?

The lesson we get from these verses is that if you are a leader – business or otherwise, such numbers are going to come. Therefore, you cannot be intimidated by any number/statistic. We take that from Jesus’ next steps. Jesus asks Philip a question knowing exactly what he is going to do. No number intimidates or incapacitates Jesus. His strategy is to ask us a question of numbers that often has nothing to do with the numbers themselves but everything to do with us as followers in his redemptive plan.

Take a look at Philip’s (negative) response to Jesus’ question. Philip was like, “wait…even if one person worked for six months, he would not be able to buy the food these people need. We need 200 dinarii.” Let’s put this in context. One denarii is equivalent to a day’s wage of a casual laborer. In other words, Philip was saying that they needed at least two hundred men working for 1 denarii in a wage a day or one man working for 200 denarii a day or at least one man working for 1 denarii a day for six months. To the disciples, Philip must have appeared a brilliant statistician. He must have briefly looked better at maths than Judas who handled all the money issues. Philip came up with a solution in a short while. He presented a tool often used in management called scenario planning. However, Philips is looking at this problem in a different angle and his own limited perspective. It is either a one man’s six months’ wage or 200 working men’s today’s wages.

If you were Jesus at that moment, what would you think? “Philip doesn’t get it! But he is brilliant”. Jesus already knew what to do. And if Philip self-reflects on Jesus question, Jesus is telling him, I am actually more than 200 men in terms of labor, I am bigger than six months in terms of time, and I am rich enough to sort this issue right here.

When we are confronted with negative numbers and statistics, we usually think to ourselves that it will take too much money and too much time. But Jesus always looks at us and smiles at us wanting to show us the smallness of the problem. Be encouraged knowing that Jesus is Lord over numbers no matter how negative numbers are.

Many times we look at numbers so large and we are threatened. Sometimes we look at numbers so small and we despise them. But what if we looked at numbers from Jesus’ perspective. If you believe that you are doing Kingdom business, you should have faith and trust that God who has put that idea in your heart also knows numbers. You should get that. But many times, when we are confronted with numbers, we start asking ourselves questions like, “What was I thinking?” “How couldn’t I see this coming?” We start doubting what God has put in your heart. Of course, this is not to say that we should not ask questions. This is to say that we should turn to Him and say, “Lord, I don’t understand but you can help me go through it.” Trust that the Lord already knows what he is going to do.

After I had an terrible accident in 2018 God worked through a lot of people to provide the finances resources needed to meet the hospital expenses and material resources needed to set me on a recovery stage. But I would need to recover in stages. Therefore, I needed to get several surgeries that required huge finances. I worried about how it was going to happen after a doctor’s review in 2019 told me I would start getting arthritis if I didn’t get surgery soon. I shared this as a prayer request with family and friends at the end of 2019 and the beginning of 2020. I also thought of several ways to raise the funds. However, earlier in the year I had an opportunity to share this need with even more people in the ABI network and God used someone to provide for the immediate needs for the first two surgeries.

Not every story ends up like my testimony. But the lesson here is clear – trust in Jesus who already knows what he is going to do. The numbers/statistics are always confronting us with probabilities that defy our strength and capabilities. Why not trust the ONE who has limitless ability?

You don’t have to read the Bible beyond two books to recognize the power of “clarifying questions”. In Genesis 3: 9 God called to the man and asked, “Where are you?” In Exodus 4:2 God asked Moses, “What is that in your hand?” In this passage, Jesus asked Phillip, “Where are we to buy bread, so that these may eat?”

Jesus questioned “where” but Philip answered the idea of “what”. Many times numbers are asking us questions but we don’t want to answer the real question in preference to the question that is easy to answer. For instance, if you found that only 1% of the Uganda’s population does an activity. What would your response be? Is the number insignificant? Authors of several books on microtrends seem to think otherwise. Do you want to impose what you think that number is about? Or do you want that number to ask you questions and you respond accordingly?  Just like Philip, most of us run to answer with a lot of biases – intellectual as well as spiritual.

Jesus is asking where can we get the food? And Philip jumped to the conclusion that it was even impossible to get the food. Philip was from around the place. If anybody knew where to get the food from, it was Philip. If Philip had thought about the question, he would have asked himself questions such as “Who is going to buy the food just in case we know the where? and “How much do we need?” But he ran to the conclusion before even properly listening to what Jesus was asking, before properly visualizing the answer that Jesus was asking for.

Many times, we are in this trap. I was in this trap when I worried about the thousands of dollars needed for my surgery. I didn’t think about “where”, I just thought about the “what”.

It is important that as entrepreneurs we constantly refocus on the “where” because Jesus is Lord over numbers and he already understands the what and where already. He has limitless knowledge and ability.

This story begins as a challenge to Jesus and his team. Its also starts as a potentially difficult situation in through which there was no escape. But as it progresses, it demonstrates that the challenge is never about the external force of numbers, it’s about what God wants to do in our hearts. In the process of discovering that Jesus is Lord of numbers and He is calling us to trust his knowledge and ability when confronted with seemingly impossible statistics – when the odds are literally against us. Its not about us. about Him and how, positioned in him, we are more than able to participate vigorously in his redemptive purposes. 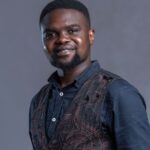