In business, no one can do it alone. Complex decisions require teams with different expertise to come together. When the team optimally weights its expertise, they stand the best chance of reaching the correct decision. The greatest risk to optimal weighting is when a member’s perspective is not considered in the decision. This is particularly of concern when a person is offering a vastly different perspective.

We have all been in a meeting, when someone said something that seemed to completely contradict what everyone else was saying and moved the discussion in new direction. That person was a “Divergent Voice”. They are not playing devils’ advocate; they see the world from a different perspective and can help others consider solutions they would have otherwise ignored. However, a Divergent Voice has the potential to undermine group effectiveness if others become defensive or too much time is spent explaining ideas. It is tempting to put the responsibility on the group to accommodate the Divergent Voice but it is a shared responsibility. In this article, I discuss five principles Divergent Voices should follow to be effective in discussing new ideas.

Divergent voices are not always correct in their analysis. They have the ability to present a different perspective, but when they speak, they have the potential to shift the conversation and discourage others from talking. By their nature, divergent voices are used to moving a conversation in a new direction, but others may be less bold. By allowing others to talk first, the overall discussion can be more robust. The Divergent Voice can also gain a deeper understanding of others perspective and concerns by allowing them to speak first.

If a person always disagrees with others, then it may shift the conversation away from finding the best solution to tearing down each other’s ideas. If a divergent voice starts by affirming the aspects of other team members’ ideas where there is agreement, then building from there, the conversation can be more productive. The concept of “agree and add” can lead to a synergetic outcome – a decision better than any individual could achieve alone. Next time you are in a conversation try using: “Yes . . . AND” instead of “No . . . BUT”; “Yes . . . BUT”

It is important that the focus remain upon the group objective and not persuading others to adopt your initial thoughts. As the others raise discussion points, be quick to pivot when they raise valid points. As James Russell Lowell says “The foolish and the dead alone never change their opinions”. But…

Walter Bagehot warns that “The greatest mistake is trying to be more agreeable than you can be”. Conviction is important when presenting ideas. Unless something is an academic exercise, there are consequences to the outcome of discussion. If you believe you have a valuable perspective, it is your responsibility to present your perspective so others can see its value and it is essential that you not abandon your idea at the first sign of opposition.

The value of a divergent voice was best articulated by the late Chairman and CEO of General Motors Alfred P. Sloan:

“If we are all in agreement on the decision – then I propose we postpone further discussion of this matter until our next meeting to give ourselves time to develop disagreement and perhaps gain some understanding of what the decision is all about.” 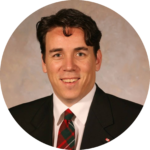