A siege is where an army attacks a city or a castle and instead of going in to fight face to face, they surround the city or castle, not allowing food or people or anything to come in or out. And then, they wait for years and years until the city finally gives up after having eaten everything they own. In Jerusalem in 70AD, for example, the very sad version of a siege happened, where people ended up eating each other. So, a siege is where you surround a city and you wait for it to collapses upon itself.

This is a very common battle entrepreneurs face. A siege against your vision; your dreams are being besieged. You are doing so much; you have given up everything, you have given up your friendships, your time with family, your energy, your money, but nothing seems to happen. It’s silent! This is perhaps one of the most frustrating battles that you have to deal with; the siege.

Now, my pastor at Freedom Church Kampala gave a sermon a while back that reminded me that, as Christians, we first have to ask ourselves though: are we in a siege? Is God really just remaining silent? Or Is He saying no? This is obviously the ultimate question we have to ask ourselves. Often, our commitment to follow Jesus unconditionally collides with our terms and conditions. We have terms and conditions that He never agreed to, but we think that He did. But it doesn’t work that way. God is God. He leads and we follow. We do things God’s way. And sometimes God’s way collides with our terms and conditions. It’s not a siege, it’s just that nothing is happening if you are going to do it your way.

Some Of Our Terms And Conditions Would Be The Following:

1. I need to be in control of my life

We do not get to do that. We follow God. You say, “Sure God, I will follow you unconditionally, but I want my revenue to be this much.”  Is it true that nothing is happening? Or is it because you are not willing to admit things are happening unless your income exceeds a certain number? You say:

You don’t get to say that. Maybe God is just saying NO to your terms and conditions. May be it is not a siege at all. May be it’s just you.

2. Feeling I’m entitled to something when I’m actually not

You think, “Well, nothing is happening that I think I was entitled to. So you say, God, look at how much I’ve given you. I could have gone and become a professor somewhere, I could have been a general manager somewhere but look at how much I gave up for you. Surely I deserve this little bit. Surely, I believe I deserve a 5% margin in this sea of sacrifice for you.” You may be feeling entitled because of something the Bible says, like “God will provide for you.” And you say:

When you say that you will provide for me, this is what I thought it was going to look like. I am therefore entitled to this kind of entrepreneurial life, this kind of a start-up, a smooth beginning, good first customer, customers calling other customers … and BAM! I have a business! When you said, you would provide for me, I thought I was entitled to that kind of a start. Have I no entitlements?

Is it a siege really? Or is it your terms and conditions colliding with God’s way.

3. I want to do it with my own strength

God I will do anything for you but that. I want to do it my way. When I started this company I had the vision, it was ME who had the vision, not you, God. My terms, my conditions.

Sometimes what God is showing you is actually the right path. The fastest path to creating an effective, successful, competent Kingdom business. But it wasn’t what we had in mind when we envisioned this company and so we avoid it. My pastor put it very well. When you put directions in Google Maps from point A to point B. Sometimes it gives you several routes. There is a shortest one, and another one that takes 45 minutes longer.

Let’s take the 45 minutes longer one.

But when your terms and conditions collide with God’s way, that’s exactly what you are doing. You are saying:

I am not taking the path you have for me, I am taking another one because it looks better now.”

But what you do not know is that there is a reason it takes 45 minutes longer and you can’t see it right now. So, often we want God to give us options rather than convictions. And that is why we think we are in a siege when there is a clear escape route. There is a clear open gate for you to go out and be successful.

God, don’t give me convictions, give me options. Options that are woven in our terms and conditions. God, give me three options. I want to choose, I want to feel like I get to choose something.

But God wants us to obey step by step. The kind of conviction God gives us is not the kind of conviction that can be achieved in options because He wants us to obey step by step. And by taking that first step, you have to, by definition, reject the other options. And then you take another step, and another, until you arrive at your conviction. So, is it really a siege? That’s the first thing we have to ask ourselves.

Later this week, we will go into “what if it really is a siege?” because it happens too. Today though, I want to share with you all, “what if it actually isn’t a siege? what if actually there is a door open in front of you?” First check if that’s not the case, first check if you have your terms and conditions that are colliding with God’s way. If not, good. Let’s address that scenario next, but right now remember this, sometimes God is not saying no to you. He is just saying yes to someone else. Sometimes, you think, “nothing is happening, I have prayed and prayed, nothing happens. And God is saying no to me.” Oh…That is actually a little bit self-centered, don’t you think? Do you think you are the only one praying to God? God is the most complex and frustratingly complicated call center in the universe. There are billions of people praying to him and there are records of billions more people in history who have prayed to Him whose prayers still matter today. What makes you think that you praying for your business to be successful would mean that He would answer your prayer first, or in favour of another prayer by someone else? Maybe He is not saying no to you because He wants to say no to you. He is saying yes to somebody else and the path that that decision took meant that it has to be a no to you.

Imagine this boy meets a girl and he madly falls in love. The boy is head over heels over her. And he prays, “God please make her my girl, make her my wife.” Meanwhile, his parents are praying, “God please, anybody but this wild, crazy girl. If you love him and if you love us. Please don’t let them get married.” So, who’s prayer is God going to answer? The parents’? Or the boy’s? You are not the only one praying to God. You are not the only one creating a Kingdom business. God has an eternal job of making sure that the ultimate goal of everybody is reached … the building of His Kingdom. And sometimes that means He has to say no to you.

So “a siege” is when you are trying hard, and nothing happens. First, we have to determine, is it a siege? Is God really saying no to you? Just to recap the two things we talked about, first, God may not be saying no to you, He is saying, “do it another way.” But you do not want to. Second, He is not saying no, He is just saying yes to someone else. That’s possible too. So, first of all, make sure God is really saying no or not. And if He is remaining silent, what do you do? If it really is a siege? Well…stay tuned for the next devotional. 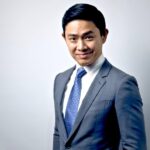